The anti-hero is a literary device where the protagonist does not possess conventional hero characteristics.  For example, most heroes are seen as brave, strong, ethical, and intelligent.  The anti-hero, while still playing against the antagonist, may display features opposite to these.

Nobody is perfect.  Having a protagonist with internal and/or external flaws makes them more relatable to the reader.  Part of enjoying a story is putting yourself in the hero’s shoes.

Famous anti-heroes include: James Bond (border-line alcoholic and womanizer), Jay Gatsby (over-extravagant and obsessive), and Severus Snape (dark and malicious).  I highly recommend utilizing this literary device in your writing.  It definitely adds more depth to your craft.

OUR TIME ON ROUTE 66

Is there any other profession that you can think of in which, once you’ve achieved the knowledge of actually doing that work, the entire universe conspires to prevent you from doing the work? I might be whining, but good grief. A new week is upon us and I did not write one word on the current WIP in the previous week. It’s very frustrating.

I’m reading an excellent self-help right now, OVERWHELMED WRITER RESCUE by Colleen Story (review forthcoming). As a writer, I think most of us struggle to fit writing in between life, because life can’t be shoved out of the way. Our writing is the thing that becomes flexible. Our obsession becomes the thing we can’t achieve.

At the beginning of this week, I’m at the cross roads again between family and my writing. Do I adjust my scheduled air flights to leave a writers conference early to attend another function? That’s two days spent at a five day conference, and two days spent in an airport instead to attend one event. The writing conference is very important to me because of the knowledge gained and the connections I might make. I’ve had this on my calendar since last year. The other event is a last minute invite, has nothing to do with my writing, but is important to someone else that I be there. The people in my life are important too, but I can’t be in two places at once. Why should we have to choose?

That is how my writing journey has been; guilt wins out over the characters in my head every time. The struggle is real. But this time I’m choosing me. I’m acknowledging the deep, very selfish desire to become a more successful author. I choose words and story and hanging out with people who understand the struggle. Have I chosen well? I’ll let you know in a few weeks.

This is how you build an anthology. 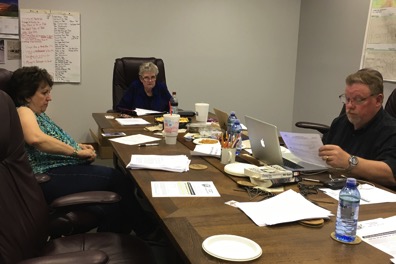 Favorite Lines from Films and Television

This week I wanted to share just a small sample of my favorite lines from films and television.  In no particular order:

“Remember, hope is a good thing, maybe the best of things, and no good thing ever dies.” – Andy Dufresne in The Shawshank Redemption

“I wish there was a way to know that you’re in “The Good Old days” before you’ve actually left them.” – Andy Bernard in The Office

“A dream is an answer to a question we haven’t learned how to ask.” – Fox Mulder in The X-Files

“You clearly don’t know who you’re talking to, so let me clue you in. I am not in danger, Skyler. I am the danger. A guy opens his door and gets shot, and you think that of me? No! I am the one who knocks!” – Walter White in Breaking Bad

Striker: Surely you can’t be serious.

Rumack: I am serious…and don’t call me Shirley.  – Airplane

Now is your chance to buy a copy of the book, meet the rescue horses and their trainers, and get an autograph from all of us! Posters, stickers, bookmarks, balloons, cookies, juice, and photo ops.

Please help us raise awareness about the people who work to give animals a second chance.

Burrowing Owl Books, on the Square in Canyon

“We’ll keep working on that mystery. This cake is wonderful! and the caramel brownies,… I think I died and went to Heaven. Miss Bitsy, you’re amazing.:

“Now you said you last saw Anton about a month ago?”

“Yes.” She stopped and looked up the stairs as if she’d heard a noise. Her expression changed to a dark frown, then back to her sweet, smiling self, as if a could had crossed her face.

“Miss Bitsy, are you okay?”

She turned back and smiled. “Oh, yes, I’m fine. I just thought I heard something. Must be squirrels up there. Yes, I think it was about a month ago. I’m afraid we had a little disagreement. You see, some of my things disappeared. Oh, nothing big, but gadgets I was fond of. I’m afraid I accused him of taking them. I just can’t imagine why he would want that stuff. He said he hadn’t touched them, but he was the only other person here.”

“Do you think he stole your stuff and left town?”

“Well, I don’t know about that. I certainly wouldn’t have dreamed of him taking anything from me. If he had just asked I would have given him anything.”

“What things were missing?”

Jeremy looked at her, incredulous at the list of missing items. The Miss Bitsy he remembered would never have made a big deal out of losing something as inconsequential as a Pyrex dish. Surely she had plenty of dishes to cook in. “Are you sure Mr. Easley took those things? What kind of monetary value did any of that have for a college student?”

“Well, I don’t know why he would want them, but he was the only other person in the house; it couldn’t have been anyone else. He said he didn’t take them, but there was no one else here.” Again she looked up the stairs as if she’d heard something, and once again a frown momentarily creased her brow.

“Miss Bitsy, let me go look for the squirrel to pay you back for the cake and brownies.”

“Oh, Jerry, I could always count on you to do little jobs for me, but I think this is a job for someone else. Don’t you worry about it.”

He swallowed  gulp of milk and nodded. “Exactly what did Anton say when you asked him about those items?”

“He said he didn’t take them. He said I’m like his grandmother and he would never steal anything from me.” She turned back to the stairs, frowning, and after a moment she stood up, shook her finger at the rooms above her head and began to yell. “You can’t threaten me like that anymore, Eli Bevel! I know you’re dead ‘cause I killed you myself!”

An excerpt from the anthology, One Murderous Week. A book of seven short stories written by Nandy Ekle, available at a book store near you, or amazon.com, Barnesandnobles.com or from carpediempublishers.com.

This week I wanted to mention a couple of websites that are must-visits for avid readers and writers. The sub-reddit: https://www.reddit.com/r/WritingPrompts/is full of interesting story starters.  Some can get a little wacky, but overall it’s not a bad place to look if you just want to knock out a short, fun tale.

Another site that I recently discovered is http://www.gutenberg.org/.  It contains a huge collection of written works that are in the public domain.  The advantage of this is that the books, short stories, etc. are completely free to download and read.  You can browse by title, author, language, or works that are recently posted.  Another plus is that they are available in several formats.

On Mothers’ Day my sister posted a photograph of my Mom and all six of us girls on Facebook. I don’t know what all she said about Mom, but I received over forty notices about being tagged in that photo. I started reading all the comments and so many memories came back. You see, they were voices from the past: members from our congregation, kids I grew up with, and my sisters. I could see each face and hear each voice. There was Terry’s gentle and simple response, “Loved your Mom.”

And Bonnie’s “Uh…7 girls. I know I was a challenge for her but she always let me know she loved me. Best everyday day mom I could have had. Love you and miss you Mom!My mother took care of Bonnie while her mom worked. She was another sister to us.

And then there were the cousins. She even stayed graceful and loving when she 8 girls for two solid weeks. I know we had to have driven her crazy. Miss her too.   A Blessing to all of us.

I think the one that really got me was a post from my nephew:  How she ever put up with all us grandchildren is a mystery! Many great memories at Grandma Brown’s house!!!  In fact, it was Grandmas house that was my last stop before I left Texas.

In each comment I recognized the speaker without even reading the name. The comments were so like the people who are so dear to me.

Writers have distinct voices. I can pick up a book without a book jacket or cover and know that I’m reading a Nora Roberts’ story, or a James Patterson novel. Even the Wordsmith Six members have distinct styles. A voice is something we cultivate so that we stand out from the crowd. We have no need to copy another writer, to try to make their voice our own. We should be unique. We want to be remembered for our work and style, and not for being an imitation of someone else.

My advice is to find that voice and build on it. Let readers fondly recall memories of our stories. After all the reader is the audience we write for.

OUR TIME ON ROUTE 66

His desire to go home grew stronger every day. He gave every bit of his strength to the mission in front of him and pushed forward through the stress knowing it was the only way he could go home. He endured the constant running, the overbearing heat of the desert, the sand getting in places where grit shouldn’t be, and eating the same bland military rations every day. Every evening he dug a fresh foxhole to cradle him while he slept. And every night when he closed his eyes, he dreamed the same dream. In his nightmare, he would dig his own shallow grave in a foreign land and settle into the cool sand to sleep. And one-by-one, the other men would shovel the sand over his body while he slept and forget where they buried him. And he would be alone forever.