The Mid-America Air Museum in Liberal, Kansas is one of the country’s largest air museums. The museum’s collection was started by the late Colonel Tom Thomas, Jr., who donated his personal collection of over 50 planes to the museum.

Walking by the timeline display demonstrating the history of flight, I realized the great advancements in aviation that have been made in the last one hundred years. It’s amazing to think that my grandparents lived through most of the changes we now take for granted when we step into an airliner to take a trip in the air.

With more than one hundred aircraft in the museum, it is easy to see the technical advancements in personal aircraft like the gliders, Cessnas and Beechcraft. Multiple hands-on exhibits help one to appreciate the science behind piloting these aerodynamic machines by actually sitting in a cockpit and maneuvering rudders, ailerons and elevators.  The experience will give this writer sufficient material to use in a flight scene.

Military planes ranging from both World Wars and the Korean war, although primitive by today’s standards, demand respect. As workhorses of the sky, they demanded both skill and stamina by the pilot to endure the punishments of these older planes.

Further into the museum tour, the Vietnam era jets brought back memories of sonic booms that I heard as a child growing up near Perrin Air Force base in north central Texas. These were my superstars. These were the toy models that hung from my ceiling by string as though they were in real dogfights. To live in a country protected by the finest, fastest and the most feared jets in the world created in me security and a sense of national pride that has lasted through the most modern fighter jets of today.

Why do we need these?

At the end of the Mid-America Air museum tour stands a small exhibit, but one you can’t miss. Featured is a section of a rusted steel I-beam from the Twin Towers of the World Trade Center as a reminder. 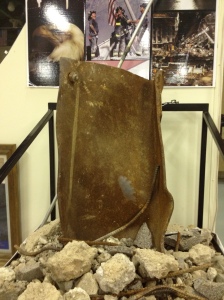 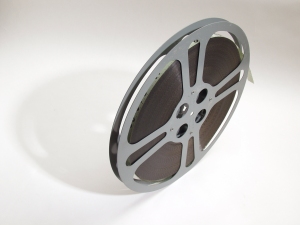 He points to one corner and begins to describe a bandstand and a female trio singing in harmony. He says he sees dancers in period costumes from the 1940’s and the music is the big band era style.

I stop paying attention to his vision when I see my own vision come to life on the other side of the room. A modern heavy rock band plays and the audience dances in their disco outfits. The music pounds and the bodies gyrate and excitement fills the air like electricity.

As my friend and I watch our own personal visions of the blossoming nightclub, a strange thing begins to happen. The two bandstands and the two crowds of singers and dancers move toward the middle of the room. They notice each other and their music starts to merge and harmonize together. The dancers from the 1940’s are now dancing openly with the dancers from my own time period. They end with a grand stand bang and blow my friend and me across the room with excitement.

If you have nothing else to write about, describe your favorite scene from one of your favorite movies. Write as if you are the main character and you are experiencing the scene. Do not be afraid of detail, sounds, feelings, taste, sights, and smells. And above all else, enjoy!

Congratulations. You have just received a post card from the muse.